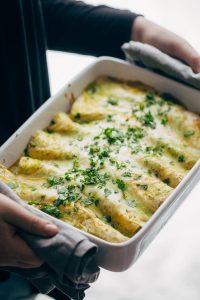 This is another recipe that started by watching America’s Test Kitchen. A veggie dish that will make even the biggest carnivore smile. Our family really liked this one.