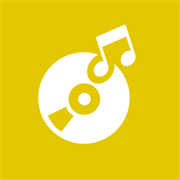 I am not aware of any government studies that confirm it, but I believe that music is the universal language of humanity. If we spent more time appreciating what our music was trying to tell us we would live in a much less dangerous place. We would find our common humanity and appreciate the differences between us more. In my experience music (with the possible exceptions of Disco, Opera and Rap) teaches us tolerance and contemplation. All kidding aside, we could do worse than pay attention to the details of the sounds that soothe us and help us grow.

In that light, I have initiated the UJT Musical Trivia Quiz. About once each month, I will assemble a numbered list of musical trivia items (a factoid about the music or bit of lyric or some other detail you should know if you were paying attention) and a lettered list of songs and artists associated with that musical item. Your mission is to match the items to their owners and songs. The key will be provided at the bottom of the page, much like we do the Vocabulary Word Quiz.

This in intended to be fun and thought provoking. A challenge to our minds (as opposed to Google!) in connecting details you have probably witnessed with those that created them. Whether you succeed or not is not really the point. Remember, we should try to enjoy the journey.

1. Who was known as the Lizard King?
2. What band started out with the name Roundabout?
3. What band had a number one hit called, “Love Potion Number 9”?
4. Which band’s name in means Power Station in English?
5. Who had a huge hit with “Love is a Battlefield”?
6. Who was the lead singer for J. Geils Band?
7. Who played the drums for Led Zeppelin ?
8. “… He feels pistons scraping Steam breaking on his brow..” are lyrics from what hit song?
9. Which band was originally formed by five Charterhouse School pupils, Surry UK in 1967?
10. Ron “Pigpen” McKernan, was a founding member of what band?

1. H) Lead man for the Doors, he named himself as the lizard king in a poem.
2. G) Supposed to be a clue that Paul had died. The dead need no shoes.
3. C) Wuthering Heights in 1978
4. B) From his 1967 release, “New Masters”.
5. F) Her 1983 hit single from her “Live from Earth” album
6. J) From 1967 to 1983
7. I) John died in October, 1980 just as the band began its first north American tour in 3 years. Out of respect for John, Led Zeppelin disbanded in December.
8. A) From their 1971 iconic album, “Aqualung”; written by Ian Anderson
9. D) They are lead singer Peter Gabriel, keyboardist Tony Banks, bassist/guitarist Mike Rutherford and guitarist Anthony Phillips. Later added were drummer/singer Phil Collins and guitarist Steve Hackett.
10. E) Pig Pen sang, played organ and harmonica for the band from 1967 to 1972.