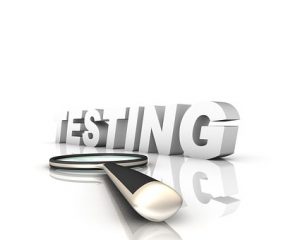 A. a non-standard punctuation mark (‽) indicating a question expressed in an exclamatory manner
B. a lament for the dead, part of a funeral rite
C. relating to an uncle
D. the tropical Old World climbing plant of the gourd family
E. showy or unnecessary ornament in architecture, dress, or language
F. the smooth part of the forehead above and between the eyebrows.
G. played at a slow tempo
H. a small object that is decorative rather than strictly functional
I. talkativeness; garrulity
J. brawl or violent argument

1. G (i,e. His music was so adagio that all of it reminds me of just a dirge. )
2. B (i.e. I was ok, till her sister began to speak while a dirge played in the background.)
3. J (i.e. Our minor disagreement turned into a brannigan with everyone at the pub taking sides.)
4. A (i.e. I hadn’t even heard of an interrobang before discovering it in the title of her poem.)
5. I (i.e. Her loquacity was almost frightening as if she couldn’t stop speaking.)
6. D (i.e. I had no idea that loofah was also edible.)
7. H (i.e. Her collection of colorful mushroom tchotchke was impressive.)
8. E (i.e. It appeared as if her frippery affectations competed with one another in distracting visitor. )
9. C (i.e. His avuncular demeanor was disarming.)
10. F (i.e He had a continuous eyebrow covering his glabella that gave him a monstrous appearance.)