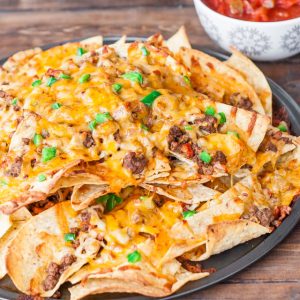 It was 1975 and Tippy was pregnant enough to be noticed in two states at any given time. We were on our week long cross country run to get out to my new ship in Hawaii. We were living large in the bright white Dodge Maxivan that my friend John Nienauber andI had just converted into a very comfy camper before leaving Miami.  We crossed our great country and arriving in Anaheim with time to spare. So we got to hang out with our dear friend Larry. We spent a couple of weeks seeing California from San Diego to Big Sur. Larry, Tippy and I spent our first day together removing my new van’s perfectly good exhaust system and replacing it with a header system that made it sound really cool and was guaranteed to extend my gas mileage all the way up to like 16 miles per gallon. After all the hard work and test drive, by time we got back to Larry’s place,  we were hot, tired thirsty and extremely hungry. Just seems like something about looking around Southern California in a Mexican in the 1970s, that seemed to make us all really hungry. a lot.

This was not a time for Artichokes. This was a time for Nachos! When I was a boy I had had Nachos fairly regularly at this great Mexican Restaurant that my Mom found in Miami. It was called Mexico Lindo on Alhambra Avenue, I think. But I hadn’t had them in a long long time and never even considered making them. So when Larry suggested that we should make nachos, I was all for it.

Mexican Flour or Corn Tortilla Chips – Fresher the better (or if it is an Emergency Nacho Event, you may use Doritos or the like)
Sharp Cheddar, grated
Monterey Jack, grated
Pickled Jalapeno Peppers*

1. Do something to make you really hungry. I have had this appetizer end up being my meal. So if you having it as appetizer with a meal to follow, be very hungry when you start.
2, Spread the Tortilla chips in a even layer covering a large cookie sheet.
3. Place a nice hopefully sweet pickled jalapeño pepper on each chip.
Sprinkle grated and mixed cheeses until the entire surface of the pan is covered with cheese.
4. To Bake or Broil? Both are good but the results are very different depending upon what you like. I like both 🙂 If you Bake (at 350 deg. F) the chips will soggier and softer from absorbing the oil from the cheeses and peppers. Broiling takes less time and greater monitoring to prevent burning but the Nachos will come out faster and crunchier.

Just place the cookie sheet on the table on a hot pad and watch them disappear. Sour Cream, Salsa Verde, Chipotle Salsa and/or Guacamole are all great with fresh Nachos.

There are a lot of variations on Nachos but this is the original that reminded me just exactly why I always thought Larry was such a cool dude! Be hungry my friend!